The Public Trust building was originally built in 1932, designed by Cecil Woods. Over the decades it has been subjected to various alterations, not all of them considerate of the building’s heritage. The changes culminated in severe, but not irreparable damage in the Christchurch Earthquakes. The building was originally slated to be demolished but after a change in ownership the brave decision was made to save and restore it.

The client wanted to retain and restore as many heritage features of the building as possible and practical, while also upgrading to meet current codes.

New internal planning was needed to make the building viable commercially, with a mixture of appropriately sized options for commercial and hospitality tenants. It was important to define the existing from the new, so where new elements where added, such as fire separations or tenancy walls, we used a palette of materials that complemented, but were clearly not part of the existing fabric. We referenced original drawings sourced from the library archive to inform motifs, colours and materiality. Where we were restoring heritage elements however, we strived to replace or recreate like for like.

The general philosophy through design and construction was to review what could be reused or restored at every stage, only adding new if we had to. 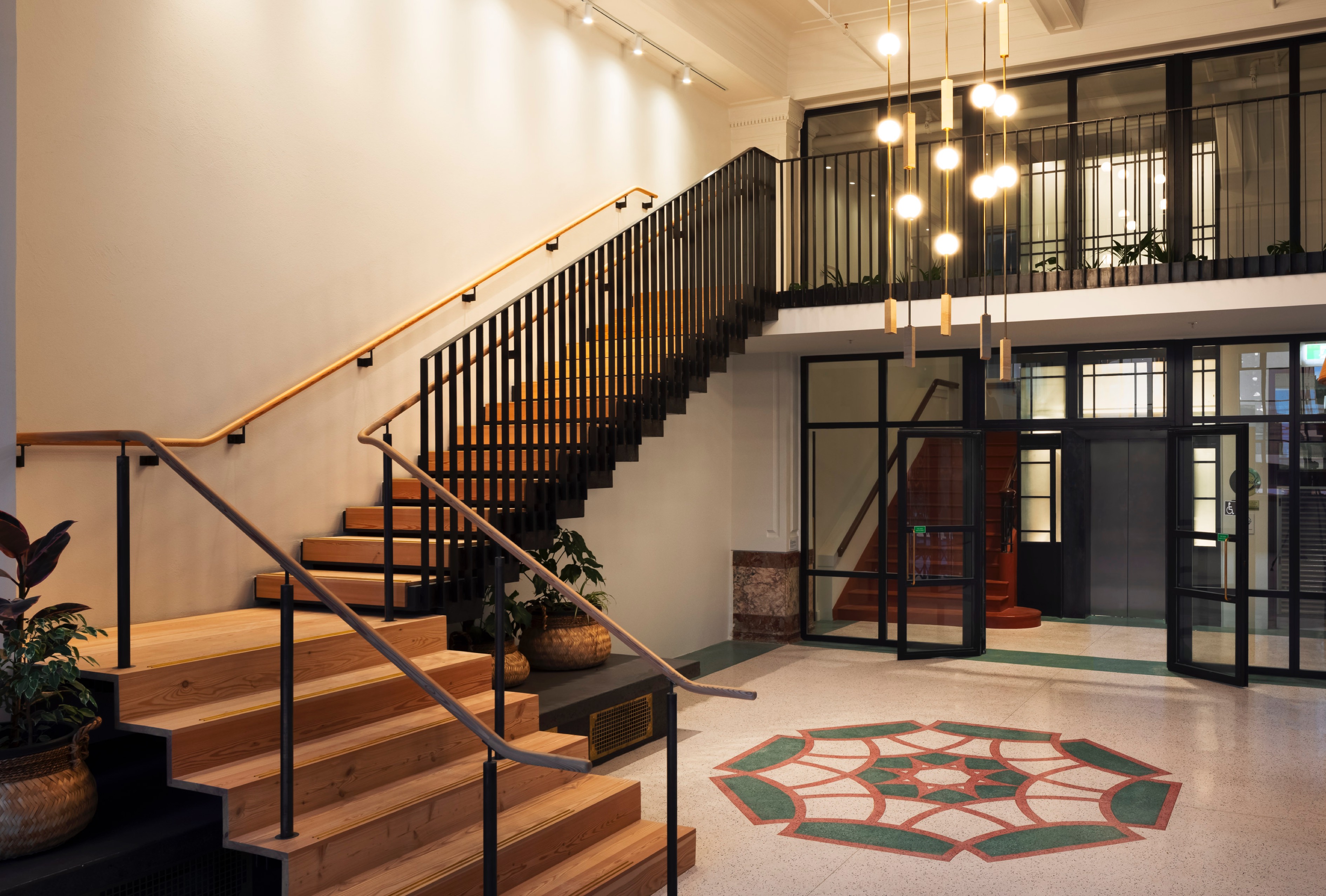 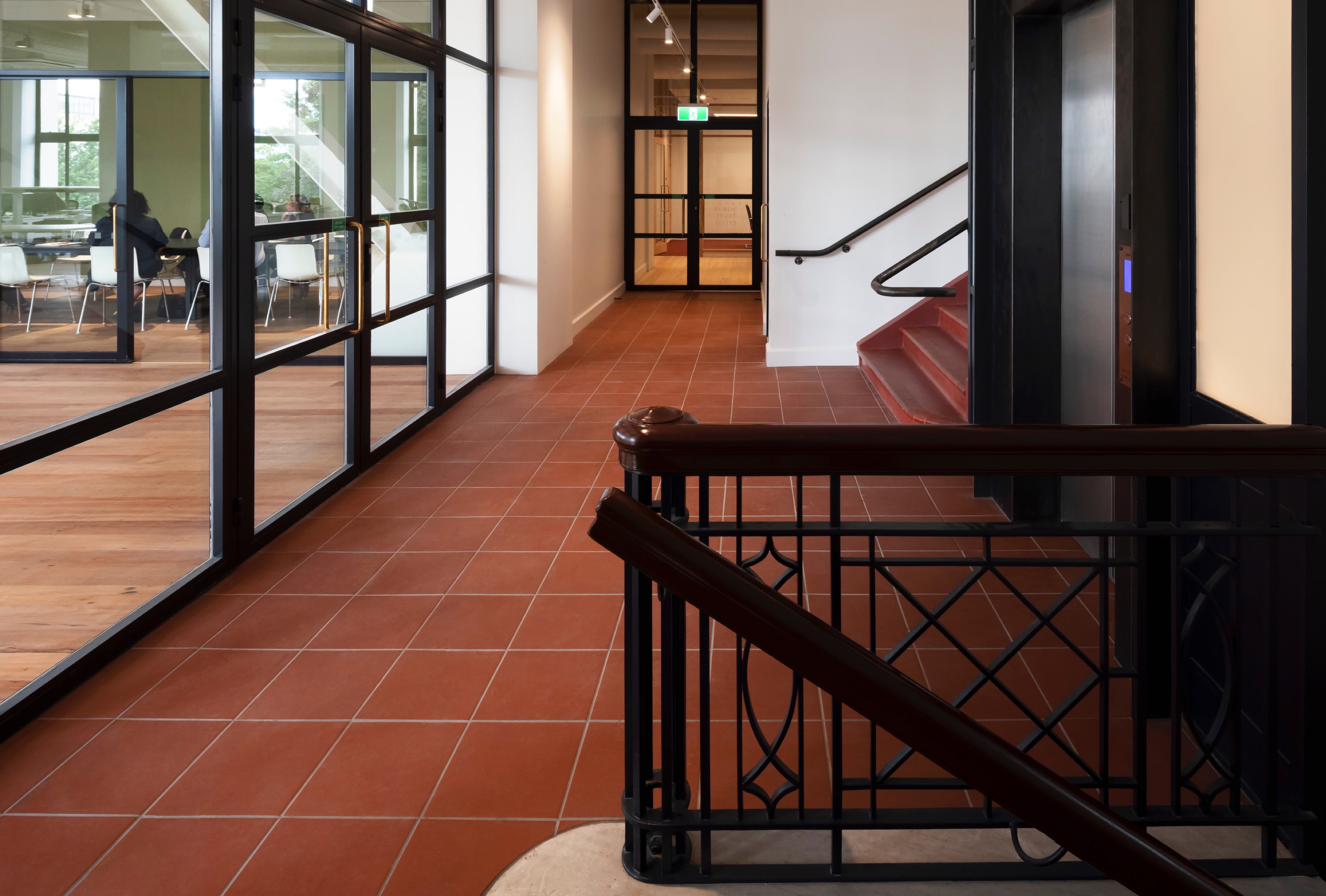 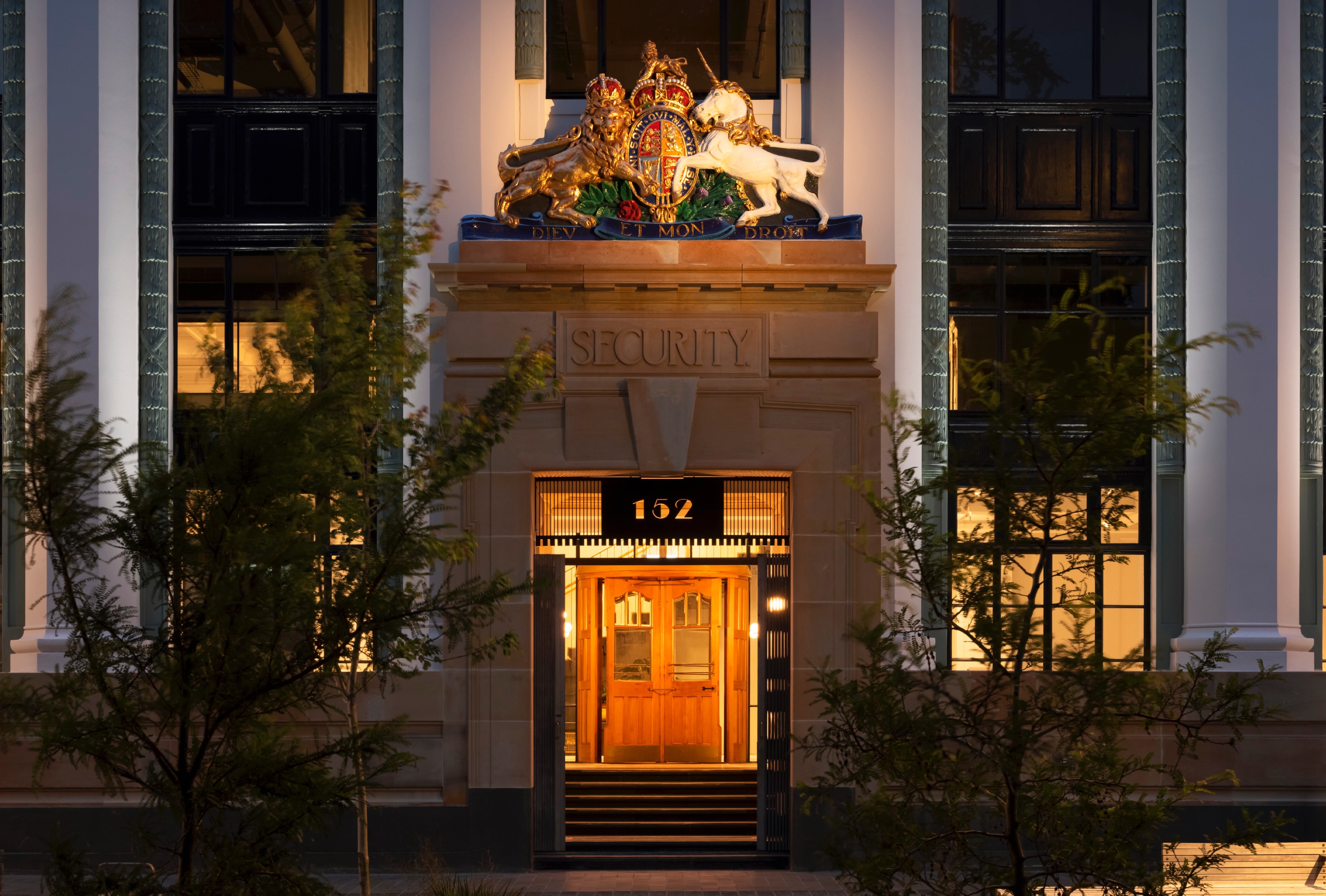